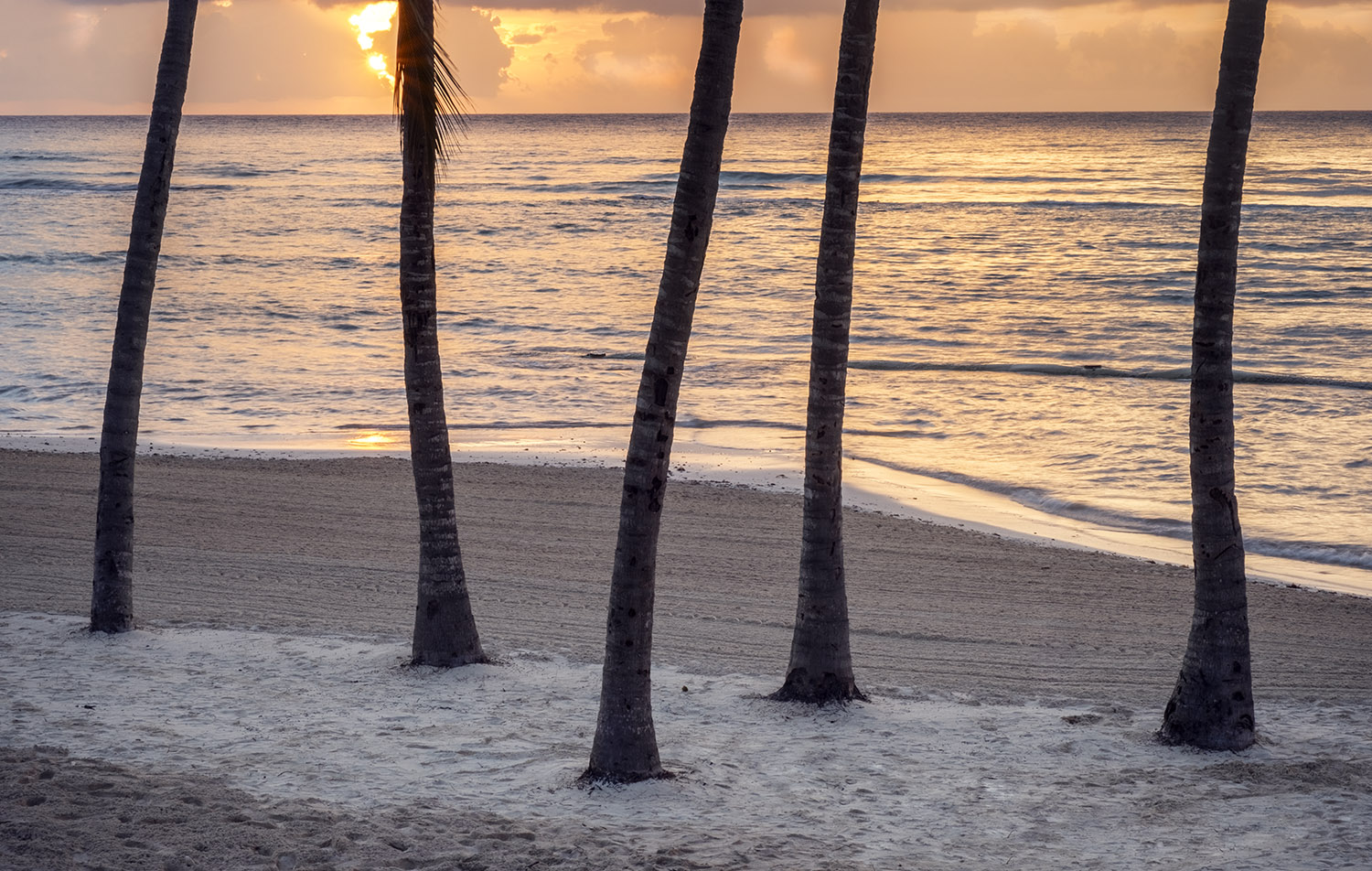 I AM NOT A BEACH PERSON. Basking in the sun while waves lap the shore nearby might be heaven for many people, but I’m not one of them. Which made a recent trip to the Mayan Riviera on Mexico’s Yucatan Peninsula – a long string of hotels, resorts and beach clubs facing the Caribbean Sea – a challenging prospect for me.

I might have kept my shoes on and my bathing suit dry, but I took on the trip as a challenge to get some evocative photos of life on the beach under a tropical sun, along a coastline full of destinations – Cancun, Cozumel – that evoke sunscreen, a towel on your lounger and crushed ice in your drink.

No photo can do justice to the experience of the ferry ride to Cozumel. You’d need video and a handful of Gravol for that, but once you’re on the island, this worldwide vacation destination is remarkably pleasant. There are beaches and bars and boats to take you out snorkeling. I gave the last one a miss – I don’t swim (what did I tell you?) – but the other two were very much what the doctor ordered, which gave me an opportunity for a quick Instagram to capture the moment:

My traveling companions for the trip were a group of young social media influencers. I felt very dad-like in their company, but the upside was that they provided a ready pool of models for shots like this one, taken at the Anemona de Mar Beach Club – a recently-opened private beach club that offers a day of sun, sand, spa, food and drink for anyone looking for a break, or booked into lodgings that lack beach frontage.

While at Anemona de Mar, we had a visit from this friendly little fellow. He was a lot smaller and thinner than his cousins him my hometown of Toronto, who tend to be beefier and more belligerent.

The itinerary for the trip was packed, which meant no side trips to take in the Mayan side of the Mayan Riviera – archaeological sites and ruins like Chichen Itza, Coba, Muyil, Ek Balam, Coba or even the cliffside temple at Tulum. We did, however, make a stop at the Celarain lighthouse in Cozumel, which has a crumbling staircase that might have been Mayan, and Tomba el Caracol – a tiny ruin by the side of the road to Celarain, whose purpose remains mysterious.

Driving up the coast from Bacalar to Cozumel, we ate an excellent dinner at Mina, an Argentinian-style restaurant in the Maria del Mar hotel. Tulum has a reputation – probably well-deserved – as the hipster hotspot on the Mayan Riviera. We didn’t stay long enough to confirm this, but I did get a chance to shoot the hotel’s rather lovely cove-like beach under some moody skies.

The singular bonus of the Yucatan Peninsula for anyone doing a tropical holiday on a budget are the cenotes. Beachfront rooms come with a premium, but many inland hotels have their own cenote, a natural swimming hole carved out by millions of years of water eroding the geology of the peninsula from under the ground. Some are big and open to the public, but others are small and intimate, like the one at Akumal Natura Glamping, just near Cozumel. 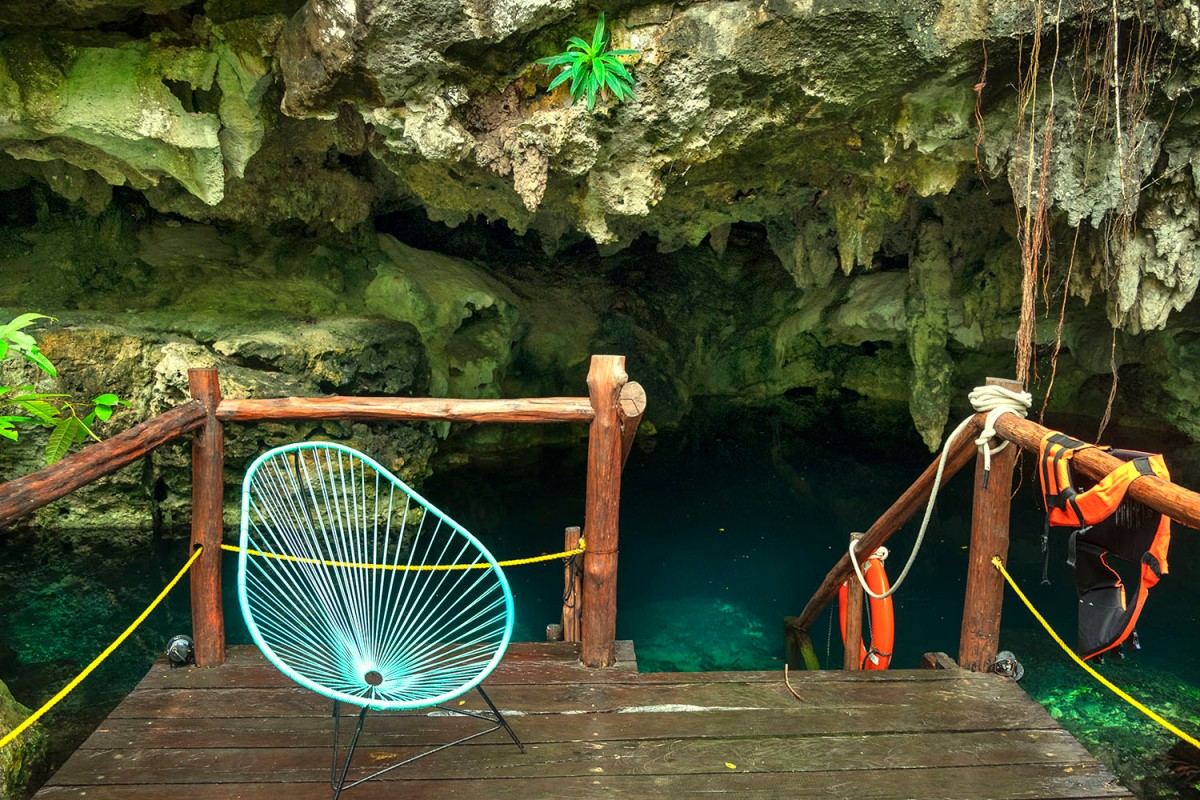 The great treat on our trip was two nights at the Grand Velas Riviera Maya, a luxury all-inclusive near Playa del Carmen. There are dozens of these resorts lining the road from Cancun to Bacalar and Chetumal, but few of them have entrance gates as impressive as the Grand Velas, which prompted a quick trip to capture it in the sunrise.

It was my first time in an all-inclusive, and I’d by lying if I said that it doesn’t have its particular charms. Sampling the minibar without having to worry about being charged is definitely one. Another – for me at least – was the gift waiting for me on my bed when I arrived late one night, tired and a bit overwhelmed:

There are two main areas for suites at the Grand Velas. My room in the Ambassador complex – as big as my first two apartments put together, not including the bathroom – looked out over the beach, and featured its own little pool just in cast you don’t feel like walking all the way down to the surf:

The other major complex of rooms at the Grand Velas – for those on a slightly smaller budget – was the Zen Grand, where rooms faced the jungle and an artificial lily pond, but also had their own little pool. They seemed a bit quieter and more secluded than the beachfront suites, and I could imagine myself holed up there with that pile of books I keep promising to take on vacation one day.

The trip ended in Cancun – the Yucatan’s party town, a spring break destination and a model of the Mexican vacation in the era before ecotourism and hipster resorts like Tulum. We stayed at the Pyramid at Grand Cancun, where we settled into our rooms just as the DJ began his afternoon set in the plaza beneath my window, which ended in a foam party. Another all-inclusive, the Pyramid is loaded with restaurants and bars of every description, with a Cirque de Soleil-style acrobatic show in the lobby just before dinnertime, and an adult cabaret in the Kinky Night Club later at night. (No, I’m not making that up.) 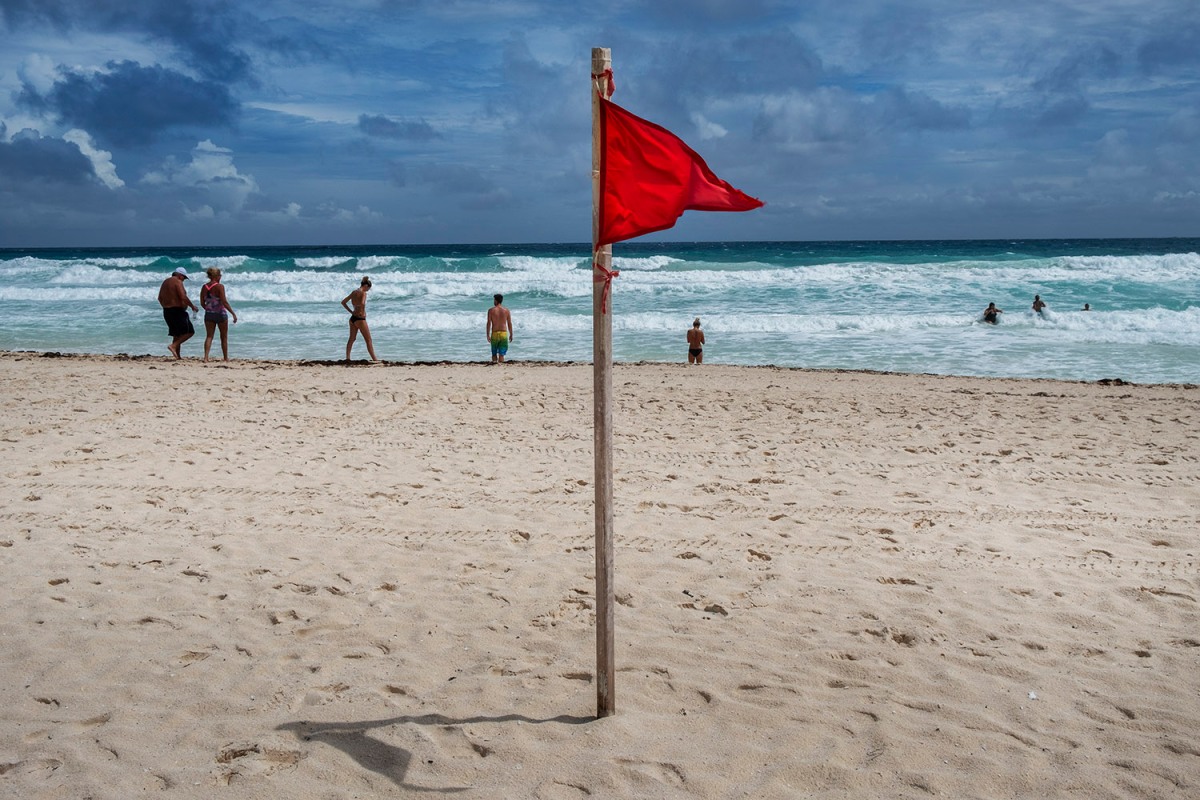 On our last afternoon in Mexico, I broke away from the group with Barbara, a travel professional representing Interjet, the airline that flew us down for the trip. (Take them if you can. Two words: Leg room.) She said I had to go to Mercado 28 for souvenirs – a big covered market over on the other side of the town where the locals lived. We enjoyed a lunch of tacos and Victoria beer and I briefly thought about picking up a luchador mask, though I thought better of it in the end. After nearly a week of beaches and resorts, it was as close to a glimpse of the “real” Mexico as I got on the trip, but in a place like Cancun, I don’t think that’s the point. 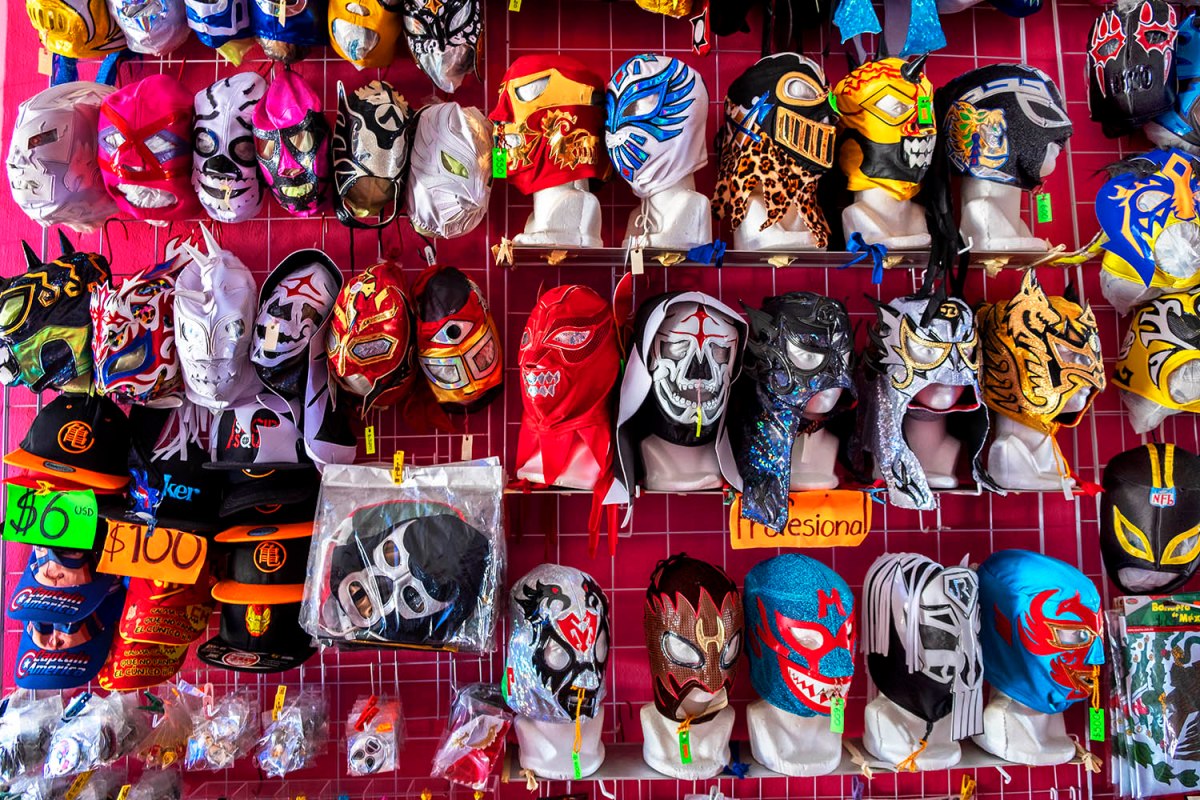 Rick McGinnis was hosted by Visit Mexico, which has not approved or reviewed this story.