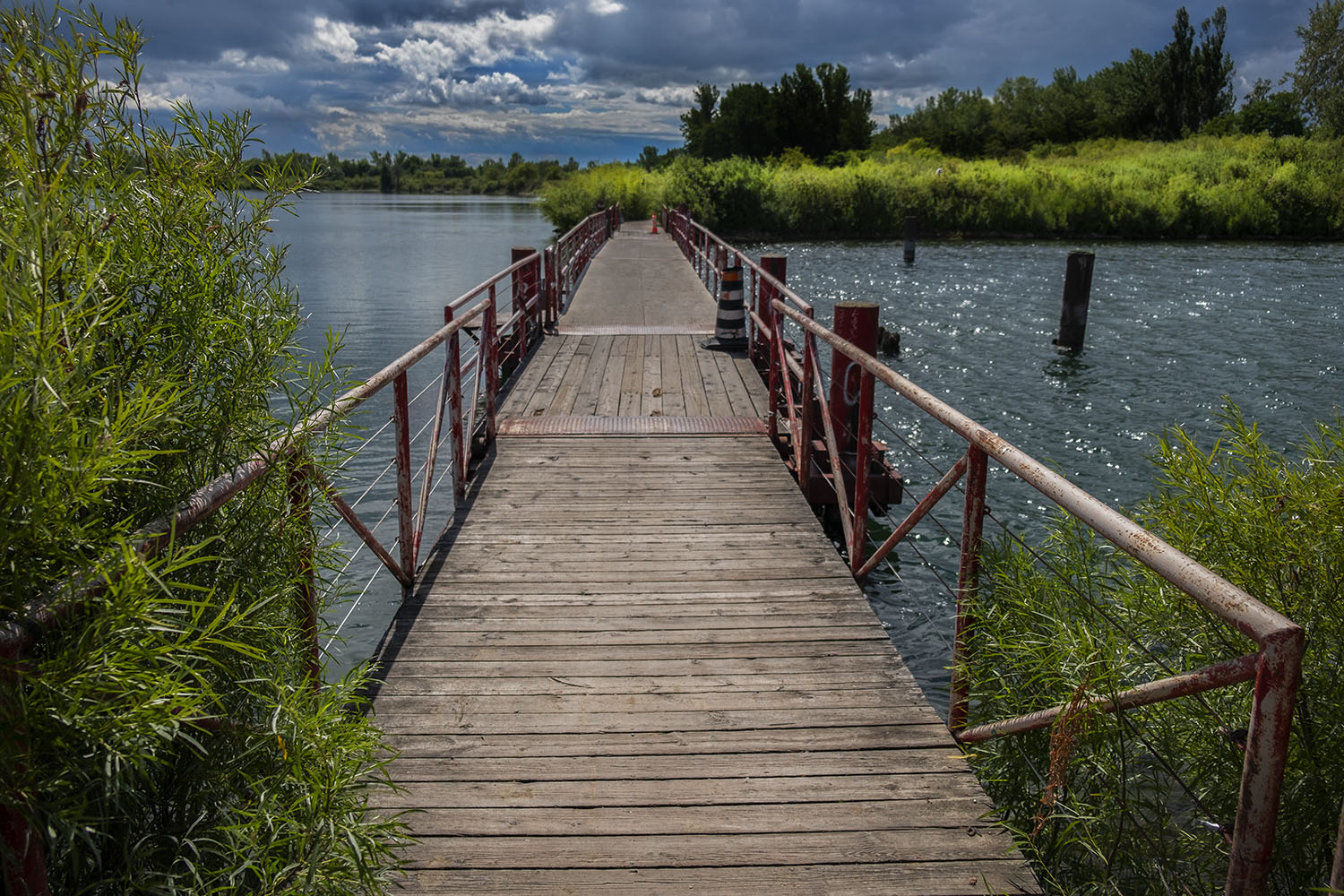 CITIES ARE MANMADE LANDSCAPES. It would be hard to find even a few square feet in any city that hasn’t been shaped or created by human activity, so they’re not the sort of places you expect to find wilderness. You might come reasonably close in a long-abandoned industrial site, or an underfunded public park that’s been allowed to get a bit shaggy where there were once manicured paths and gardens.

Which is what makes Toronto’s Leslie Street Spit – aka Tommy Thompson Park (though almost no one calls it that) – so unique. At a glance it looks like raw nature, unmanaged and primal and full of wildlife. The truth, though, is that it’s as engineered and manmade as a city playground, or the forest of skyscrapers that stretch along the waterfront just to the south and west of this unprecedented bit of municipal infrastructure.

There was nothing here over sixty years ago, when the city began constructing a breakwater for the port lands just to the west, right where Leslie Street ends by the lake shore. Toronto’s ambitious plans for its port were doused by the decline in shipping after the opening of the St. Lawrence Seaway, but work on the breakwater continued, with construction debris from the growing city and excavated soil from subway tunneling joining dredged silt from the harbour in the layer cake that comprises the growing peninsula.

You can see this raw material on the beaches and shorelines of the Spit, where rusted rebar and concrete slabs mix with pebbles and old bricks worn to pebble-like smoothness. It’s a wild, jagged beachscape, to be explored with caution, though creative souls drawn to the park have created artwork all along the lake-facing beaches by threading weathered bricks and cinder blocks onto the tangles of rebar.

Development of the Spit into parkland was an indifferent process, as the city allowed the breakwater to continue pushing out into the lake with each truck full of construction debris, without any real goal or direction. Early plans involved marinas, picnic areas and even a hotel, but they were abandoned by the ’80s, when boat owners and naturalists began pushing for less aggressive planning on the Spit.

All the while, the dumping ground was becoming rapidly naturalized, colonized by grasslands and trees, and then by wildlife and an increasingly diverse population of waterfowl, shorebirds and nearly every other sort of avian life. Birdwatchers and environmentalists joined in the chorus, forming the Friends of the Spit, and by the mid-’80s the land was designated an environmentally sensitive area, to be developed with the interests of its wildlife, local and migratory, in mind.

The last time I visited the Spit was around this time, and it was more wasteland than wilderness. Subsequent decades have transformed it into a wild and even awesome landscape, whose origin as an overscaled urban midden only enhances the strangeness of this wonderful and unexpected place.

I’m not a birder, so I didn’t bother trying to capture the rich – and often cacaphonous – bird life with my camera as I walked on and off the main path down the Spit. I did focus on the plants and wildflower meadows that were flourishing in the last summer lushness of this untended parkland – the Queen Anne’s Lace, goldenrod, devil’s paintbrush, tansy and sumac growing abundantly in clearings between the trees.

A brief rain shower blew up for a few minutes, which left the leaves and ripening rosehips by the trails glistening in the sun. It’s only a short walk back to nearby Leslieville, a hotbed of gentrification, but you’ll feel engaged with nature under the looming skies out on the Spit, in a way that you’ll rarely experience in Toronto’s many urban parks.

The city will appear through the trees when you wander down the hiking paths down to the shore by the harbour, or across the water when you reach the floating bridge that roughly marks the mid-point of the main trail. The Tommy Thompson Park Bird Research Station was closed to the public during Covid-19 lockdowns, but the trails are open – officially only during evenings and weekends, though nothing seemed to stop me or the other cyclists and hikers I saw on a weekday visit.

The Leslie Street Spit will probably be a work in progress for many years to come. A new entrance pavilion is under construction by the parking lot, and new marshlands and coves are being built behind fences along the lake-facing shore. What the Spit will look like when the last dump truck of debris drives away is anyone’s guess, but the decision to let this accidental attraction run from wasteland to wilderness is one of the rare real success stories in Toronto’s history.